4 November 2021 In Insights By Peter Best

The long-awaited inclusion of Chinese government bonds in the FTSE World Government Bond Index (WGBI) on October 29 marks a turning point in capital markets, with billions of dollars set to flow into the world’s second-largest economy.

An estimated US$130 billion–160 billion of inflows into China’s bond markets from funds that directly follow the index are expected, although the phase-in time has been lengthened from one to three years.

The opening up of China’s capital markets has accelerated since the launch of the Connect schemes – Stock Connect in 2014 and Bond Connect in 2017 – which have allowed foreign investors to use familiar platforms and settlement processes to trade onshore Chinese securities via Hong Kong. Foreign investors now hold a total of US$806 billion in Chinese stocks and bonds, up 40% from a year ago.

Bonds and equities joining the global indexes play a vital role in meeting the demand for foreign investment, but questions remain around process and the ease of uptake.

The structure of the market means access remains burdensome, expensive and delivers potential exposure to regulatory risk. Despite its enormous size and the appetite to invest in China, the costs and methods of participating in this market still resemble those of smaller, emerging market economies.

FTSE Russell revealed these challenges in its March statement around the China WGBI inclusion, when it stated that the phase-in approach would take 36 months, not 12 months. FTSE said at the time: “A more conservative implementation schedule is appropriate” given feedback it received from market participants, which had included concerns from Japanese investors around settlement and liquidity.

This raises concerns for the buy side. The fact that the Japanese Government Pension & Investment Fund – the world’s largest pension fund with US$1.7 trillion under management – has not engaged in the indexes could stem from political concerns, but it is clearly a red flag to others thinking of stepping into the market.

A significant issue is that most participants rely on China’s Connect schemes to manage their investments using the offshore renminbi (CNH), rather than the onshore currency (CNY). This has opened passive fund managers up to risks where the indexes they track, such as the FTSE Russell WGBI, are denominated in CNY. The price differential between the CNH and CNY – otherwise known as the basis – creates this tracking risk and traders have seen the CNH-CNY basis move dramatically. Over the past five years the CNH-CNY price differential has moved in an 800 currency-basis-point range, in other words 800 basis points of tracking risk.

Taking, for example, the figure of US$130–160 billion of inflows expected to follow the FTSE WGBI, settling and hedging exposure using CNH would create a tracking risk in the region of US$1.6 billion–2 billion, as well an additional US$170 million–210 million of annual hedging costs due to the higher pricing of CNH forwards.

It’s possible for investors to cut out this basis by settling and hedging with CNY in the onshore market, which has been opening to foreigners in recent years.

Since its September 2020 Fixed Income Country Classification Results Announcement, FTSE Russell has engaged closely with Chinese authorities and market stakeholders to monitor previously implemented market enhancements and recent reforms to facilitate easier participation by international investors. One such reform announced in September last year was related to the opening of pricing competition for the CNY. 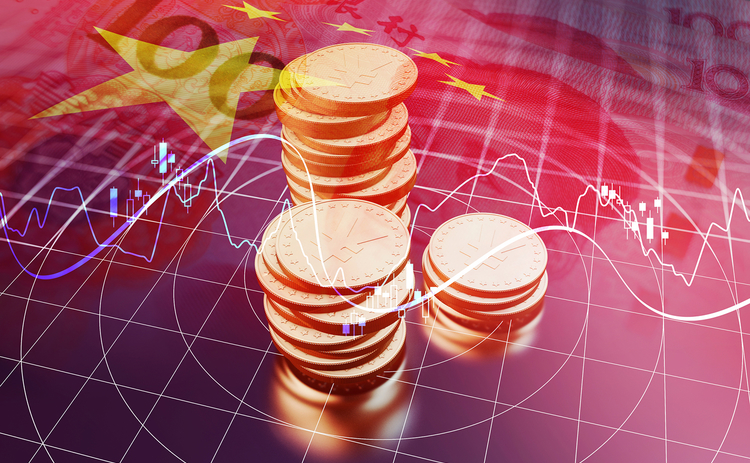 The costs and methods of participating in this market still resemble those of smaller, emerging market economies

This allowed funds to decide which three liquidity providers (LPs) they would receive prices from, instead of their local custodian electing an LP to use on their behalf. The process is still in its infancy, and while the reforms have theoretically enabled banks to compete in CNY pricing, there are requirements for LPs to validate the legitimate use for the foreign exchange trades – that there is an underlying portfolio need – before a trade can take place.

Despite the rule change, the challenges of gathering the proof of underlying need from portfolios and allocating the FX trades back to individual funds has continued to render efficient price competition between LPs virtually impossible over the past year, and in the very rare instances where an arrangement has been put in place, the pre-trade validation process is manual and time consuming.

Until price competition in CNY becomes more common and robust, there will be unnecessary cost involved in choosing the currency, creating a strong disincentive for funds to migrate from CNH. Whilst it is hard to officially measure how much is lost due to a lack of price competition, without competitive CNY pricing, users should reasonably expect a markup of at least 10bp per currency trade and likely much more each time they settle or hedge their underlying index trades.

The market requires solutions for managing these costs and risks. China is helping the process as far as it can and the China Foreign Exchange Trade System has recently launched a service to help make the pre-validation process easier. However, there are still gaps in the workflow process between the buy side, their LPs and custodians to ensure smooth, efficient price competition. This is largely due to the service requiring the buy side to grant additional sell-side access to their portfolio positions, thereby creating information leakage.

The market must continue to remove manual processes and increase automation with specific tools, built to work with existing systems to efficiently manage order and execution workflows. Tools to help migrate from CNH to CNY, to ensure that each trade meets the eligibility requirements to trade CNY, and to help traders manage the different custodians and eligible counterparty relationship rules across multiple funds would be a start.
Better operational reports to evaluate risk and performance and manage efficiency, better access to and use of FX swaps, trade aggregation and netting, and efficient management of the allocation of currency trades back to the underlying funds are all needed too.

China can only meet the market halfway. Changes in process and infrastructure internationally are required to make access cost effective and efficient. Until these fundamentals are in place, asset managers with exposure to China will come up against large and expensive operational impracticalities when investing in the world’s second-largest economy.

This website uses cookies to improve your experience while you navigate through the website. Out of these cookies, the cookies that are categorized as necessary are stored on your browser as they are essential for the working of basic functionalities of the website. We also use third-party cookies that help us analyze and understand how you use this website. These cookies will be stored in your browser only with your consent. You also have the option to opt-out of these cookies. But opting out of some of these cookies may have an effect on your browsing experience.
Necessary Always Enabled
Necessary cookies are absolutely essential for the website to function properly. This category only includes cookies that ensures basic functionalities and security features of the website. These cookies do not store any personal information.
Non-necessary
Any cookies that may not be particularly necessary for the website to function and is used specifically to collect user personal data via analytics, ads, other embedded contents are termed as non-necessary cookies. It is mandatory to procure user consent prior to running these cookies on your website.
SAVE & ACCEPT